Oklahomans take football seriously, so when it came to gearing up for Kitten Bowl IV, the MUTTS Club at Curtis Inge Middle School in Noble, Okla., had no trouble getting into the game.

The action began on Friday with a “pep rally” at the Norman Animal Welfare Center, in nearby Norman, Okla. “I told them we were the only MUTTS Club in Oklahoma taking part in Kitten Bowl, which really motivated them,” says Denise Swarowsky, mathematics teacher and club adviser. “It made them feel special.”

The 17 students also got a pep talk from Kim Fairbanks, president of Hands Helping Paws, a small Cats Are Mutt-i-grees 2 rescue group in Norman. Denise and Kim often collaborate, bringing together the Curriculum’s dual focus: education (including social and emotional learning) and animal rescue.

“The pep rally was fun,” says 12-year-old Savannah Fritzen, one of the club’s two National Student Ambassadors. (The other is Savannah’s sister, Kennedy, 13.) “We’d never been to the Norman shelter, so we had a tour, met the staff, and learned a lot, like clicker training. We also decorated everything in the football theme, made posters, played with the animals, and got ready for Saturday, when most of the adopters showed up.”

Another pep rally highlight was a visit from Officer Greg Vollmer, whose daughter is a MUTTS Club member. Officer Vollmer brought along his K-9 partner, Viking, a Black German Shepherd he rescued and trained to be police dog. “The students loved meeting Viking,” says Denise. “His story shows another way pets can be saved.”

The community provided other sideline support, too, with the local Chili’s donating an elaborate “tailgate party” for adopters, students, and staff to enjoy. A graphic artist contributed “tickets” showing the event’s reduced adoption fees. In addition, the students distributed information about low-cost spay neuter. “That’s the most important thing,” says Ambassador Kennedy Fritzen. “If you don’t fix your pet you’ll just have more overpopulation.” Kennedy speaks from experience. Her family adopted three dogs found dumped by the road — an English Pointer, a Chiweenie, and a “no clue.”

On Saturday, arriving adopters were met by a group of high-spirited, pompom-waving “cheerleaders,” welcoming them to Kitten Bowl IV. Inevitably, each student had found a favorite pet to “market” to adopters. Savannah and Kennedy’s mom, Pam Smith, was on hand to photograph all the favorites and quickly share them on Noble’s community Facebook page.

Social media played a big role throughout the event. Besides Pam Smith’s photo posts, Kim Fairbanks, who created a Facebook page for the club a few months ago, made another for Kitten Bowl IV.

By Saturday afternoon, eight dogs and four cats had been adopted, with each adoption celebrated as a sort of touchdown. There was only one pet still waiting, an adult feline named Daisy. “We sat with her and helped her be not shy,” says Savannah. “We were so happy when the right family came.” 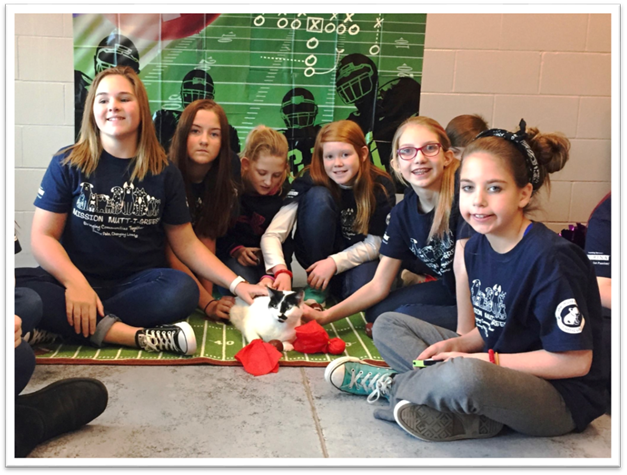 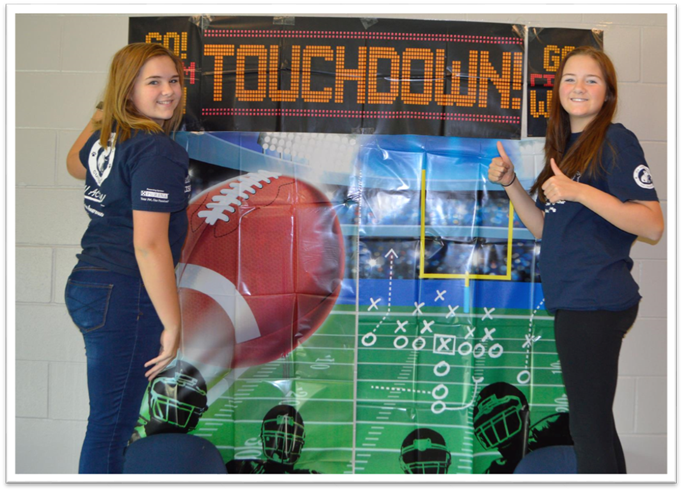 Products featured in this story: 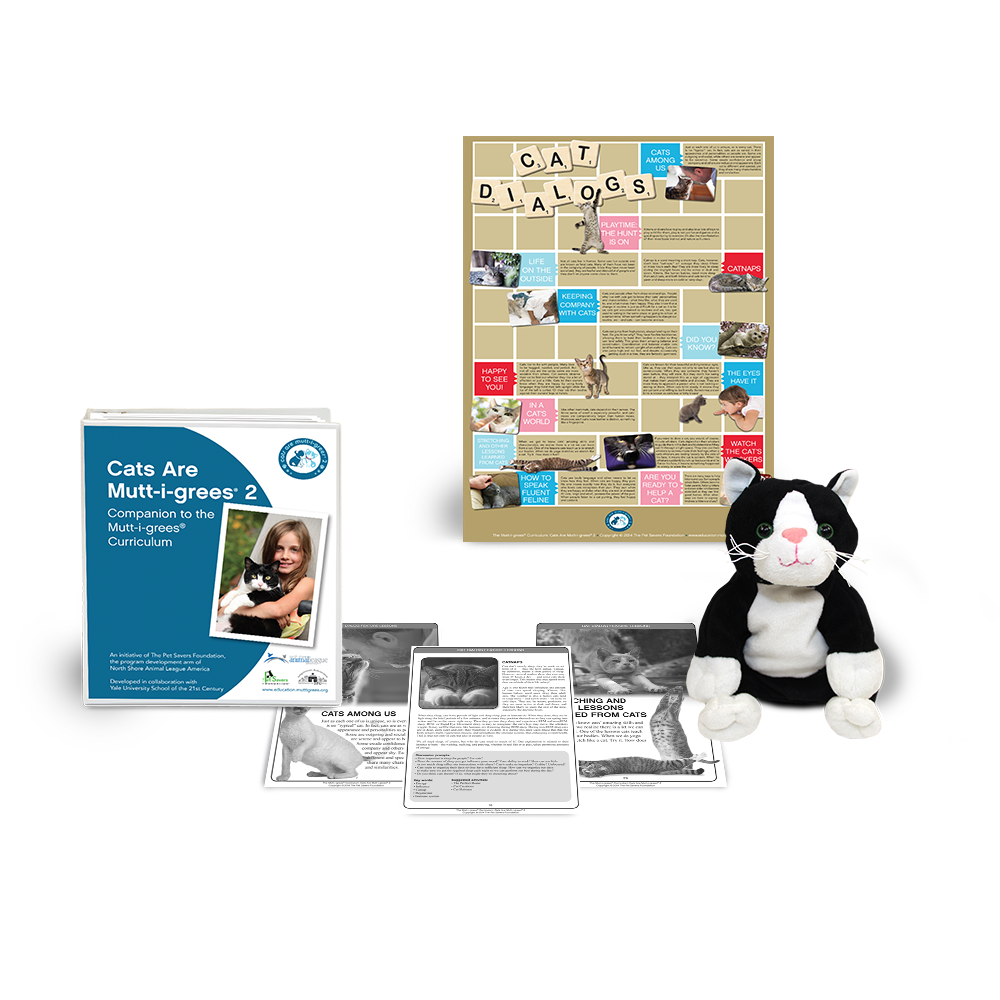 According to a recent survey, there are 86.4 million cats and 78.2 million dogs in homes across the country, with many families enjoying the company of both cats and dogs. This kit includes information about the characteristics, behavior, and needs of cats, especially those awaiting adoption in animal shelters. It features two sets of fun activities for grades PreK-6 and 7-12, and presents grade-appropriate information about feline issues from overpopulation to declawing. Educators can use this kit in conjunction with the Mutt-i-grees Curriculum and its ancillary programs or as a freestanding program in schools, YMCAs, afterschool programs, and summer camps. Live animals are not necessary for successful implementation.