The Mutt-i-grees National Student Ambassador Program was established in 2014 to identify and cultivate students who have the desire and passion to advocate for and help raise awareness of Mutt-i-grees: animals that are waiting to be rescued or that are residing in shelters. Students participate from schools, libraries, youth organizations and clubs. The Ambassadors spend the academic year working on various animal welfare, humane education, and service learning projects of their choosing, with a goal to inspire other students and community members.

We are happy to announce our program is now global, to include: Bosnia, Croatia and Morocco and we proudly want to share the work of our youngest Ambassador ever, four-year old Salma from Morocco! “There is always something we can do when we see animals suffering. We can’t do nothing. I show people this and they see. That’s what being an ambassador is for me.” Not a day passes without Salma accompanying her mother out in the community to feed and care for homeless dogs. Historically in Morocco the street dog population have suffered through ill-health, abuse, car accidents or have been victims of the ancient and ineffective control methods, which involve being aggressively caught and inconceivably poisoned to death. Salma and her Mutt-i-grees Sponsor – her Mom, do whatever they can in the face of these huge challenges. 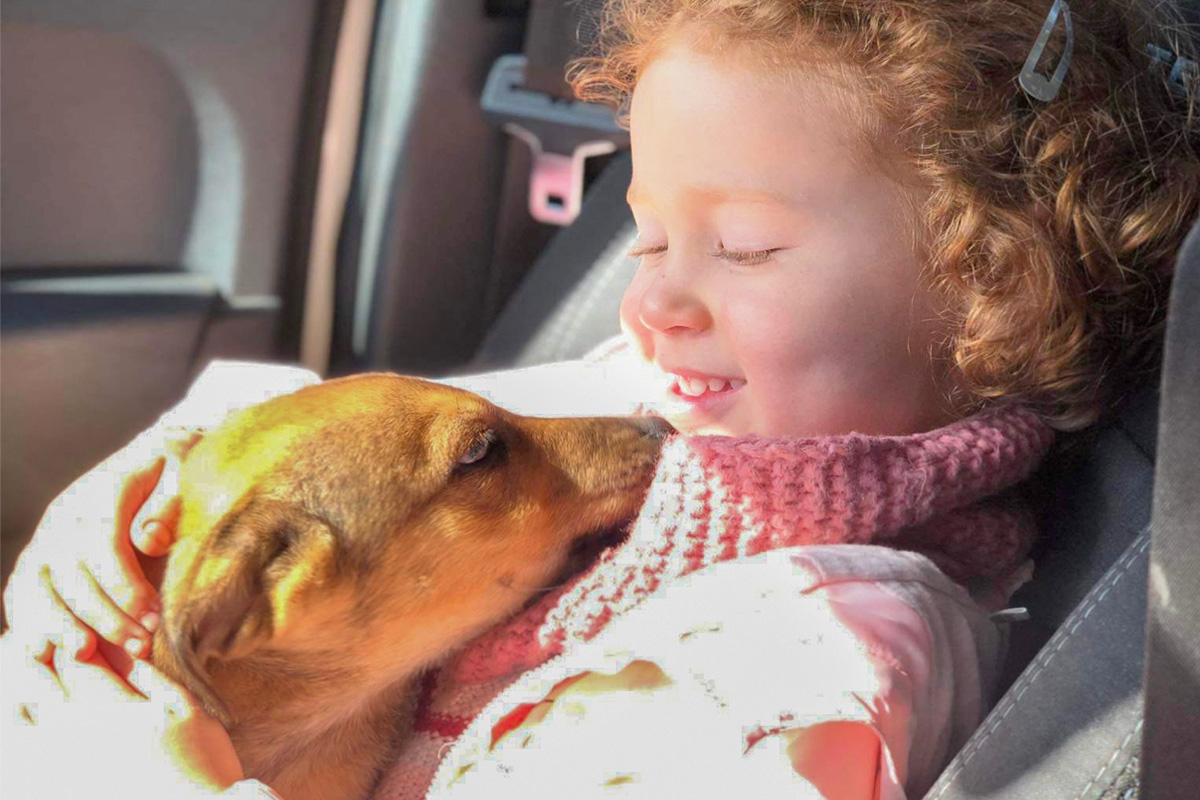 Their journey with North Shore Animal League America started through international solidarity, to rescue homeless animals. Connected through our love for animals and our belief that every animal deserves a loving, responsible home. Together, we rescued two beautiful Moroccan dogs, Paku and Hubusch, that were transported to the safety of our shelter and successfully adopted by amazing, loving families. Salma’s work as a Mutt-i-grees Ambassador began with this rescue, but certainly did not end there. With the support and leadership of her wonderful mother, she rescued and fostered Curly who also came to New York for adoption and Kylo who went to Scotland, as well as helping the safe passage of many dogs from the street into refuges or other foster homes.

“There is always something we can do when we see animals suffering. We can’t do nothing. I show people this and they see. That’s what being an ambassador is for me.”

Salma is active daily in rescuing, feeding, fostering, and for Morocco most importantly the Trap, Vaccinate, Neuter and Release (TVNR) of their local street dog population. So far they have TVNR’d over 70 dogs.  Her mother is President of the association Nos Amis Pour La Vie (Our Friends For Life) whose vision is to reach an agreement with the municipality of Marrakesh to TVNR all of their beloved dogs. Salma and her mother have supported over 130 rescues including six equines. They spayed/neutered 100 dogs, including dogs cared for by the community. They responded and continue to respond to the needs of the community when help is needed.

Selma has an extended dog family of five rescues. In addition to the work she does with the street dogs, the care of her own dogs has set an example for her neighbors showing that they are integral family members. Because of this they’ve also seen a change in the attitude of their neighborhood mirroring their behavior towards the homeless animals. Salma is making positive change happen through example. She and her mother hold on to the belief that all their street dogs deserve better and they will see that day.​

Being part of the Mutt-i-grees Ambassador Program, Salma has shown an incredible natural empathy and compassion, and discovered that when you reach out and take action you find that there are people who do care. By setting an example, she’s connected with wonderful people in her community who have been empowered to also take action when before they didn’t know how, or felt they couldn’t because they didn’t have the means. As they witness a four year old girl taking action, the community sees that anything is possible.

The Ambassadors and their sponsors continue to amaze us with their ideas, leadership, and commitment. They continue to prove that everyone can affect positive change no matter what their age. The Mutt-i-grees Global Ambassador program encourages students to give a voice to homeless animals – to give a voice to those who are most vulnerable and can’t speak for themselves.

In collaboration with sponsors and peers, students can help put an end to animal abuse by creating change through their own actions and educating others. The animals aren’t the only beneficiaries; students win by learning the true meaning of humane education while gaining service learning skills.

We proudly support our Ambassadors on their Mission for Mutt-i-grees and look forward to all of the great things they will accomplish. As four year old Salma typically responds to an animal in need is: “Let’s bring him home!” They often do just that!